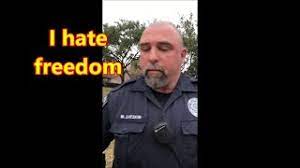 Officer Mark Zatzkin resigned after being investigated for use of force incidents and domestic violence complaints. Zatzkin was hired by Waller County Sheriff.

Officer Mark Zatzkin has gotten in trouble many times working at the Jersey Village Police Department, from Domestic violence complaint, use of force and the list goes on and on.

On 01/20/2021, Officer Zatzkin once again violated civil rights and department policy. This is after Chief Foerster warned the City Manager, Austin Bleess that Officer Zatzkin was a danger to the public.

Feckless city leadership is going to cost this city millions of dollars. Austin Bleess knowingly put Zatzkin back to work and he ignored all the early warning signs the former chief warned City Manager Bleess about. It is very clear that Chief Foerster tried to do the right thing and warned the city.

On 01.21.2021 Officer Zatzkin resigned from the Jersey Village Police Department. The question now is did Chief Riggs allow Zatzkin to resign without being served notice of investigation?

Officer Mark Zatzkin resigned from the Jersey Village Police Department and was hired as a Deputy with the Waller County Texas Sheriff’s Office.

Open Records Request of police reports, records and Police emails on Mark Zatzkin in the Link at the bottom of the page.

Here’s an old news story on Mark Zatzkin from 2007